On May 31st 2014, Bowe was rescued by negotiating with the Taliban through an agreement that with the return of Bowe, amongst other demands, five Taliban US prisoners would be released, too. But what made Bowe so important? Why would the US government break their number one rule of never negotiating with terrorist let alone complying with their demands and giving in? Wouldn’t this action of conversing with the enemy signal to the rest of world that the United States was weak and lenient towards terrorist? Now making the US a target for attack? Not exactly. But still, why Bowie? As explained by Hyder Akbar, an Afghan, Bowe was “just a soldier”. He wasn’t even a general, so what importance could he possibly possess? Well honestly, none. Bowe was not that important. He wasn’t the key, but instead just a notch in the metal that corresponded with a part of the lock tumbler. And even the, the lock was not purposefully opening up to Bow’s freedom, but to further peace talks towards ending the war in Afghanistan.

In 2009 when Bowe was first caught, the war in Afghanistan was already going so bad for the United States that the path to negotiations was creating itself. Albit, the original plan mandated by President Obama was counterinsurgency– an indirect approach. It wasn’t until Richard Holbrooke, a diplomat appointed by Secretary of State Hillary Clinton, was appointed as SRAP: Special representative for Afghanistan and Pakistan, that the tactics took a direct approach.  Holbrooke believed that politics and peace talks could end the war versus General Petraeus who thought a stronger military presence was the key. The two would debate over who had jurisdiction and which solution would benefit the United States long term. But to Holbrooke, the military had too much influence in the government and on political matters. To him, the military should acted as a “handmaiden”. Vali Nasr, an employee of Holbrooke’s office, related the military to being a handmaiden or aid to diplomacy. “You use the military to get the Taliban to the table. But the goal is to get them to sign a document, an agreement.” (Nasr, Serial) Holbrooke’s opinion of the military was not a popular opinion though. Many people wanted him fired for his opinion, but that didn’t matter because luck would have it, the Taliban wanted to have a conversation.

Tayeb Agha, code named A-Rod, was an Afghan man who had spoken with German diplomats, would now be speaking to the United States in secrecy. Meeting in a neutral city within Germany, negotiations were traded between the Taliban and the US. Both sides had non-negotiables.

The Americans wanted, “the Taliban to stop fighting, break with al-Qaeda, and support the Afghan constitution—including rights in there for women and girls,” with the big goal being, “to get the Taliban to start talking to the Karzai government.” This was to create communication amongst the Afghans.

The Taliban wanted, “the U.S. to distinguish between them and al-Qaeda, take their names off a UN-sanctions list of terrorists …. a political office outside of Pakistan and their prisoners back”. Hearing this, the Americans took it as an opportunity to discuss Bowie’s capture; not for his safety, but as reassurance that they would hold up their end of the bargain. But before any of these implications could be applied, the main person advocating for the peace talks, died.

Events changed, and ideally, “everyone would agree to terms on the confidence-building measures. The office would happen. The trade, including Bowe, would happen. And then the goal was by December 2011, at an international conference planned in Bonn, Germany, Karzai would be there. And the talks, Afghan to Afghan, would be under way.” But things didn’t happen that way because people and states aren’t neat and orderly.

Sovereignty, an international relations term referring to states and their power over one another, works differently in actuality than in theory. In theory, all states, all having to met the same criteria, are equal. But that doesn’t mean they have the same influence. While the United States and Afghanistan are both states, it doesn’t mean they’re equal in ability. The United States is a more developed state with access to more resources, so why has the war in Afghanistan gone on as long as it has? Why couldn’t Bowe have been rescued earlier? Afghanistan is the Taliban’s home, they know the land as well as having connections with other governments and the surrounding countries. US soldiers are in foreign lands, now with limited resources and allies. The combination of these variables as well as other factors, made it difficult to Bowe home. 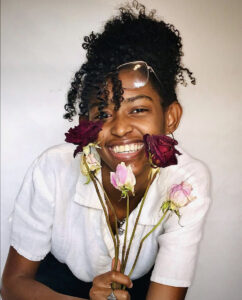